The story of the clients and relationships that define Bennett Jones through its history and today.

Clients for life… and beyond

We do not know the exact date on which William (Bill) L. Britton was introduced to Ron (R. D.) Southern. What we do know is that when the young Bennett Jones lawyer first encountered the young Alberta businessman – in Calgary in the mid-1960s – they were on the opposite sides of a financing transaction for Southern’s family company, ATCO. Britton was representing the (now defunct) Mercantile Bank of Canada. According to legend, Ron, son of co-founder Donald Southern, was so impressed by the man sitting across the negotiating table that, soon after, he dismissed his own lawyer and hired Britton.

“No two ways about it,” says Phil Backman, who articled under Britton. “Bill was a force of nature. He was a great business person, a great lawyer, and a great people person, all at the same time.”

After taking an honours business administration degree from the University of Western Ontario, Britton earned his LL.B. at the University of British Columbia, while simultaneously playing four seasons as fullback and middle linebacker for the BC Lions football team. It says something about his competitive spirit that on the gridiron, standing only 5’11”, he still earned the nickname “The Monster.”

Britton began articling with Bennett Jones in 1962 but, for three more years, continued his CFL career with the Calgary Stampeders. One law school friend, John Armstrong — another future Bennett Jones partner — always considered Britton “not just a lawyer but a business guy and a relationship builder.” In time, he built scores of such associations, but none was more important than the one he built with ATCO.

“Bill was not only my father’s consigliere,” confirms Nancy Southern, today CEO of ATCO. “He was almost his alter ego. R. D. wanted ATCO to continue through the generations. Bill Britton was extremely strategic, the architect of all of ATCO’s corporate structures. R. D. had the vision and Bill did the negotiating.” On more than one occasion, Ron Southern said that without Bill Britton, there would have been no ATCO.

That foundational relationship has endured beyond these two giants, who died 13 months apart — Southern in 2016, Britton the following February. To this day, ATCO — now a diversified $23-billion company with earnings in 2020 in excess of $350 million — relies for all its legal advice on Bennett Jones lawyers; it has never maintained an in-house legal department of its own.

The pattern for seeding such deeply rooted connections did not begin with ATCO. Founding partner R. B. Bennett himself had played a role in the formation of the Calgary Stampede, a pivotal civic institution that would remain a client for an entire century. Bennett also handled the legal work for the Canadian Medical Protection Association, a file he subsequently handed over to Harry Nolan, who passed it to Herb Laycraft, who transferred it to Jack Major and down the line to partners Anthony Friend, Valerie Prather, and Barbara Stratton.

Bill Britton inevitably emerged as the obvious successor to Mac Jones. In 1981, he became the first to receive the title of managing partner. Overseeing a complement of 55 lawyers, Britton expanded the scale and scope of the firm’s practice. He leveraged ATCO and other clients, enabling the firm’s lawyers to broaden skill sets needed to meet the more complex needs of clients. And, adhering to the Mac Jones tradition, he delegated broad responsibilities to younger associates, laying the foundations for succession planning with key accounts.

Bennett Jones is peopled with what former CEO Martin Lambert calls “a plethora of really smart people.” Pick a topic, he says, be it “English literature, French history, current affairs, anything, and there will be people down the hall you can engage with — in addition to the law, of course.”

Great people fuel what he calls “a virtuous circle. It doesn’t matter where you start the circle. If you have the best partners, you attract the best clients. The best clients give you the best work, which means you are seen as the leading firm. Which means the best students want to work there. Those students receive a very clear message that this is the place to be — if you can get in. So you hire the best students, expose them to the best work, and — guess what? They become the best partners.”

That’s been the Bennett Jones secret. 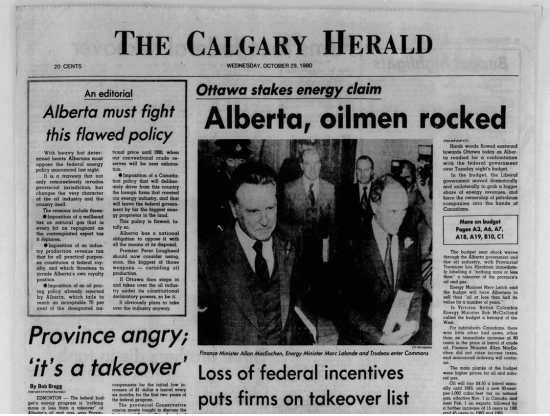