No Risk, No Reward

The story of the calculated expansion of Bennett Jones.

By the mid-1990s, it was clear to Bennett Jones’ leadership team that “business as usual” was not a sustainable formula for the future. The dismantling of interprovincial barriers in law, triggered by the 1989 Supreme Court of Canada decision in Black v. Law Society of Alberta, had sparked a mini-tsunami of Eastern firms seeking to forge alliances with the best Western firms.

For decades, Bennett Jones had been the biggest fish in a relatively small pond. “It was a good pond,” Hugh MacKinnon concedes. “A golden pond. A deep pond. But all of a sudden, everybody was throwing in their line.” Nor was it only law firms; by then, the country’s major accounting firms were diversifying and actively recruiting lawyers. “All the law firms were threatened by that development,” allows former CEO Martin Lambert. “We didn’t know what that meant for us. There was heavy recruiting going on. It was an unsettling time.”

The ensuing period constituted a serious challenge. With major Eastern law and accounting firms putting down roots in the West, and a global economic slowdown halving provincial growth and raising unemployment, the firm confronted a de facto leadership vacuum.

To address the situation, Bennett Jones ultimately created a new management structure. Corporate lawyer Martin Lambert was named CEO (the first formally to carry that title), David McDermid as his COO, and senior litigator Cliff O’Brien stepping into the role of non-executive chairman — in effect, the firm’s governor general.

Notwithstanding the threats, the firm skillfully navigated difficult waters. Revenues continued to grow and, on the back of a spate of mergers and acquisitions files, Bennett Jones enjoyed a spectacular 1998 — equal to, or better than, that recorded by the most successful Eastern firms. In fact, Bennett Jones acted as principal counsel to either the buyer, seller, or financier in most of the top 10 M&As completed in Canada that year, including the top three by dollar value: the $15.9-billion merger of TransCanada Pipelines and NOVA, Telus Corporation’s $9.9-billion merger with BC Telecom, and Union Pacific’s $3.7-billion acquisition with Norcen Energy. Even more remarkably, several of the largest deals were not oil and gas transactions, the sector in which the firm was traditionally dominant. “That kind of track record not only instilled confidence,” recalls Lambert. “It helps secure the next transactions.”

Not Just Broader but Deeper

In the summer of 1999, small committees were established to explore Bennett Jones’ strategic options. Among them was a merger criteria panel that consisted of Martin Lambert, Hugh MacKinnon, and partners Laurie Smith and Alan Ross. It met with most of the major Toronto firms, including almost all of the so-called Seven Sisters. Several were interested in discussing merger possibilities.

In time, Bennett Jones opted to commence serious talks with Tory Tory DesLauriers & Binnington, which was simultaneously involved in merger negotiations with New York–based Haythe Curley. In short order, the discussions became trilateral. For Bennett Jones’ negotiating team — Lambert, MacKinnon, Doug Foster, and Frank Dearlove — the process was revelatory. “It not only forced us to examine our potential merger partners in depth,” says MacKinnon. “It also forced us to examine ourselves and the broader marketplace. It gave us a real education about the competitive landscape.”

In the end, in early September 1999, after months of negotiation and due diligence, the parties decided not to proceed. “We couldn’t quite get to the finish line,” says MacKinnon, “but we came away with nothing but respect for Torys.”

For the firm’s leadership team, a decisive climax was approaching. The start of a new millennium loomed — only months away — and everyone at Bennett Jones was acutely aware that the fate of one of Canada’s most storied law firms hung in the balance. 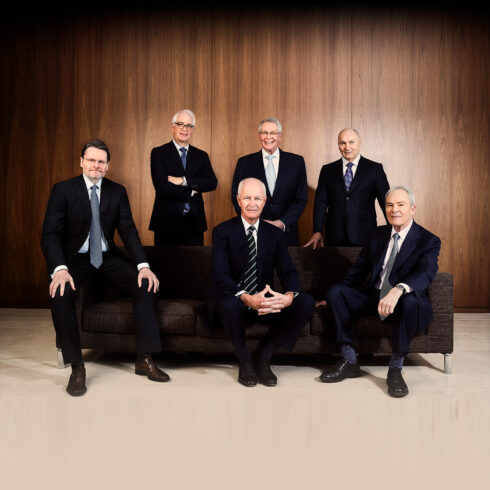